What Does It Mean When You Dream About A Storm? 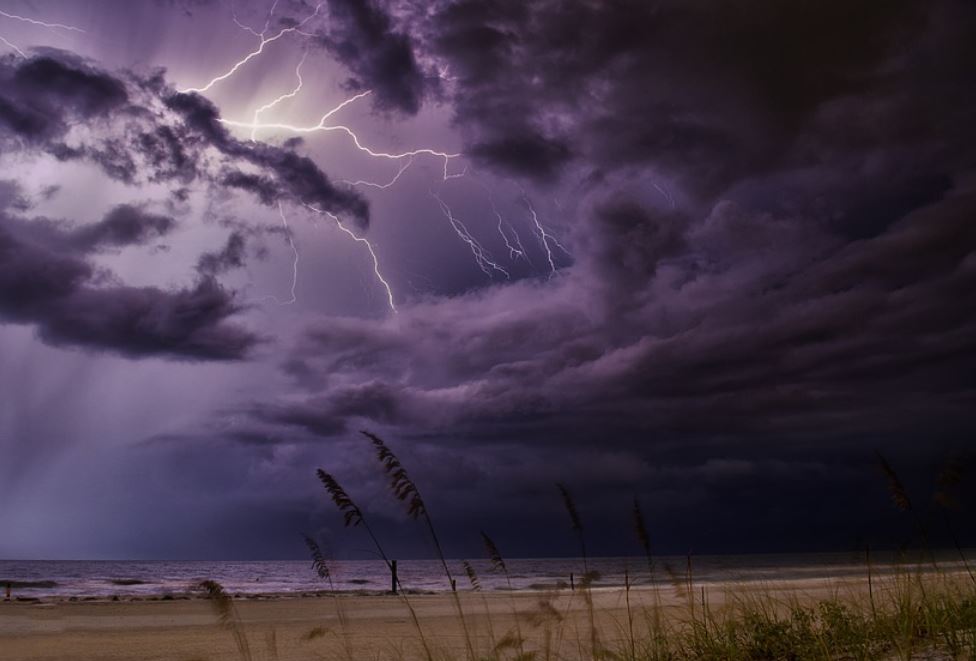 Dreams about storms are some of the common ones; it has probably happened that you had a dream about a storm at least a few times.

Big natural phenomena that we can’t really control, no matter how hard we try, are often good metaphors for our strongest emotions.

The storm, as a metaphor for emotional status, is commonly used in art and literature.

Even in ordinary conversation, people would describe their feelings or behavior as similar to the raging storm if they are too intense and out of control.

The storm symbolism is easy to interpret on its own.

The storm represents something wild, devastating, out of control and is commonly associated with ideas of power, destruction, annihilation, destiny, the inevitability of great and dramatic changes and transformations.

On the other hand, it represents the power and might of forces that we have to bend before, no matter if they are gods or nature.

The storm is a motif mentioned in all traditions, religions and belief systems across the planet.

Like other powerful natural forces, it has commonly been associated with energies that we cannot understand well.

In many of the traditional and popular beliefs, the storm has been described as anger at the gods, at some spirits and entities that we cannot see and definitely cannot do much to stop them.

All major and minor religious and mythological systems have their deities and stormy spirits. In every pantheon, there is at least one deity associated with the storm, and what is even more important, it is always one of the strongest and most cherished deities.

In Ancient Greece, we have Zeus, in Rome, Jupiter. In Slavic mythology, there is Perun and there is Thor, in the Norse pantheon.

In all folk traditions there are supernatural forces that are believed to cause storms.

Since ancient times people have been more dependent on natural conditions, compared to people of modern times, they have invented all kinds of supernatural forces and beings to blame for stormy weather.

In Slavic tradition, for example, dragons and some other strange beings were considered storm-causing entities.

However, in all traditional stories, in all mythologies, in all interpretations, storms are something unbeatable, menacing, powerful and inevitable.

We can hide from storms, but we cannot avoid them; Mother Nature is still an all-powerful force that cannot be so easily overcome, even with all our modern technology.

Storms are a good example that proves how small we really are in the face of nature.

In a symbolic sense, we use the storm metaphor to describe exactly things in life that we can hardly control. We use it to describe what’s going on in the background, but also what’s around us; there are things that we cannot affect in any way.

As a motif in a dream, the storm usually represents one’s intense emotions, a turbulent period in life and circumstances that we have to deal with but cannot avoid.

Storms in dreams always represent either our emotions or situations in life that we can’t do much about.

Dreams about storms could suggest that the time has come to make some really big changes or our fate will make sure we make it through.

Storms in dreams always represent things that we can hardly affect, correct or change, but also those that we can adapt and embrace.

Often dreams about storms reflect only intense feelings; or those we can’t really control or those we hide and try to suppress.

For example, an angry individual who tries to keep calm about a certain problem or situation in life, but actually fails to do so, would most likely have a dream about a devastating and furious natural phenomenon such as a storm, a volcanic eruption, a avalanche or something.

Such intense feelings need a channel; if we can’t find one in waking life, our dreams will serve the purpose and help us vent.

Dreams about an approaching storm

If you dream of seeing an approaching storm, the exact interpretation varies depending on the details.

However, in all scenarios this dream means that you are under threat in your waking life. It could be something you’ve suspected or something you’re not yet aware of.

In the latter case, the dream can be a good warning sign and even help you to avoid danger in time or prepare for a challenge, an encounter or anything else.

If you’re out in the countryside, alone, seeing a storm approaching, it means you’re definitely going to face things you can’t avoid, and no matter how cruel they may be, you shouldn’t avoid them.

The dream means that you will go through a phase of transformation, a dramatic, big phase. You will have to start all over again.

The dream symbolizes the impiety of total purification, one that is painful but that is actually useful. You have to believe in yourself and stay strong no matter the situation.

This dream could also reflect your inner need for a big change, the one you feel but have a hard time admitting.

Life has its ways of showing you that the time has come. You can use this dream as a guideline and start thinking about some new opportunities and perspectives in life. It sounds a little scary, because every change leads to some kind of uncertainty.

Dreams about a devastating storm

Dreams about a raging storm that destroys everything, taking people’s lives, ruining the whole city and nature, represent mixed, intense and raging emotions of a dreamer.

Deep inside you are on fire; there are things you feel out of control and emotions that are overwhelming.

You literally feel so helpless and angry because you don’t know what to do with the situation you’ve found yourself in.

You feel like your life is falling apart and you are scared. The dream reflects your fear and feeling of helplessness, but it also points out that you can’t control everything and that you shouldn’t feel bad about that fact, no matter how cruel.

This dream is about accepting changes and the inevitability of changes that we all have to go through.

Dreams about being caught in a storm

If you dream that you were caught in a storm, it means that there are people and situations in your life that you can’t do much about, because you don’t have a strong opinion about anything, while at the same time you don’t feel comfortable. willing.

You feel like you should be more focused and more true to your own decisions. You are easily manipulated and you let others affect your decisions or decide for you. It makes you feel frustrated and angry with yourself.

The dream of being caught in a storm is a reflection of such a situation. The one you surrendered to, without much effort to change anything.
The dream means that you should reconsider all your latest decisions and actions; you should trust your intuition a lot more.

Listen to what others say, but think more about what you really want in life, not what others want from you.

Dreams about a storm at sea

Dreams about a stormy sea are particularly strong in meaning, but they are not as common as other stormy dreams.

If you dream of being far from the coast or even lost at sea and the weather is frightening, with a raging storm that plays with your vessel as if it were a toy, it means that you feel as if you have lost control over the things that bother you. in reality.

If it happens that the storm breaks the ship and you are about to sink, it reflects the inevitability of bad things you are about to experience. However, this dream does not have to be negative at all.

It can also mean that you have great inner strength to get through difficult times, no matter how difficult.

If you manage to stay on your boat and stay on course even under such difficult conditions, the dream means that you are definitely much stronger and braver than you believe.

You should be proud of yourself and keep your focus in life.

Dreams about a passing storm

Dreams about seeing the storm that is passing or seeing the land after the storm has passed are dreams that bring both relief and sadness. These dreams mean that you have to go through turbulent phases in life in order to grow, develop and progress.

This is a dream about making sacrifices or accepting loss.

Each of us must face difficult times; otherwise, we wouldn’t be able to appreciate all the good times.

Perhaps you have faced a failure or loss in your recent past and you have a difficult time dealing with it, of course.

After a stormy period in life, people feel exhausted but relieved.

This dream suggests that you are about to step on a new path. Gather your courage and move forward, boldly and with a smile on your face.