What Does It Mean When You Dream About Levitation? 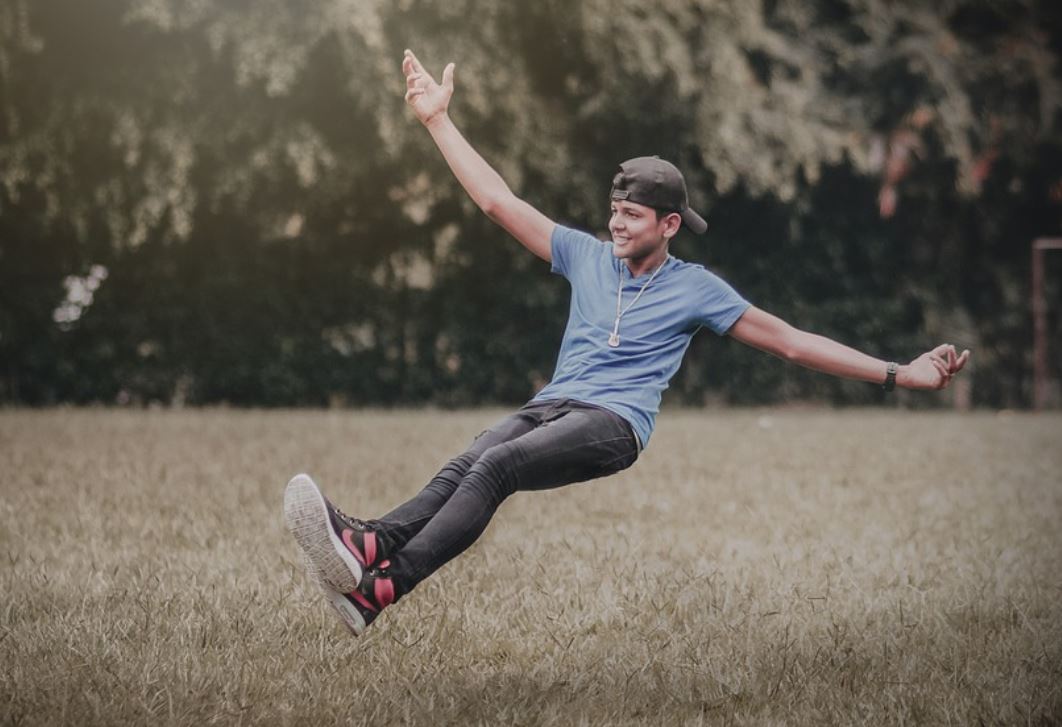 Levitation is a paranormal phenomenon that represents the ascent of the human body or other objects in the air, using the power of the mind.

Many parapsychologists or religious believers explain levitation as the result of a person’s strong psychic powers and spiritual energy.

Science has yet to confirm that levitation is real and witnessed cases of alleged levitations are explained as being the result of magic tricks, hallucinations or illusions.

Many religions have confirmed levitation events performed by their followers. From a religious point of view, levitation is just a confirmation of the holiness and faith that the levitator possesses.

There are many examples of levitation of religious leaders that are recorded in religious history; Gautama Buddha was allegedly levitating over the water with his legs crossed; Jesus walked on water as he approached his disciples who were in a boat; many saints have been reported walking on water as well; Saint Francis of Assisi was known to levitate, sometimes reaching the height of a tree.

In Christianity, there is something known as demonic levitation which is caused by demonic possessions. It is believed that some Hindu mystics and gurus who have reached high levels of spirituality are also able to levitate.

Levitation is mentioned in Jewish texts many times, and it can be done by magic or other means.

Many Jewish sages were able to levitate using the secret names of God or the power of the wind.

Levitation is explained in a way that the person levitating is in a state of mind where he is able to separate himself from the physical world and possess such a level of spiritual power that his thoughts, regardless of how impossible they may seem to his observers, make him come true and they actually float above the ground or do some other impossible things.

During the moments of levitation the people who are doing this, consider what they are doing as normal as if they were walking on the ground. Levitation usually happens during meditation.

There is evidence of 19th century American and British mediums who claimed to have levitated during the séances they held. Many of them were frauds and it was proven that they used tricks to do this.

Although for many of us it seems impossible that such a phenomenon is real, it is not excluded that we can experience it during a dream episode.

People are prone to dream about doing things that are physically impossible like flying or doing other impossible things and these dreams in many cases have powerful symbolic meaning for the dreamer.

Dreams about flying and levitating above the ground are not uncommon, and they always have special meaning for the dreamer, especially if they continue to recur.

Levitating or floating in the air usually has a good meaning, and symbolizes freedom, independence, happiness, optimism, success and satisfaction. People dream of levitating in the air, over water, over their beds, in space, or in some other circumstances.

Flying dreams and levitating dreams can sometimes have similar meanings, but levitating often has a spiritual component to them.

It is important to remember the feelings you had during your dream about levitation. Maybe you felt scared or you felt euphoric.

If you were happy and excited, the dream reveals your current state of emotions. You are probably very satisfied with some of your current circumstances.

If you were scared and upset in your dream, this dream could mean that these are your current feelings.

Perhaps you are afraid or disturbed by something that is happening in your life that is disturbing you, even in your sleep. It is important to decipher what makes you feel bad and try to face it.

Sometimes dreams about levitation can be induced by some biological circumstances that occur during our sleep.

It is a well-known fact that our dreams can be induced by some biological facts, for example, we are feeling cold while sleeping and that feeling induces a dream about freezing somewhere in winter or being in ice water, etc.

These dreams can sometimes be the result of so-called sleep paralysis, when during sleep we are unable to move our muscles because they are relaxing and we tend to have a feeling that we are not floating or levitating above our bed, etc.

Levitation dreams usually have a good meaning and reveal a happy state of mind. They can indicate a period of calm, and complete satisfaction with your life circumstances. A levitation dream is often a sign of being completely in control of your emotions.

This dream is often a sign of your confidence, success and feeling of being able to accomplish whatever you have set your mind to.

The dream of levitation could be a sign of your spiritual development. Perhaps you feel that you have reached a higher level of spirituality and spiritual knowledge and the dream confirms your realization.

This dream is often a sign that you are in tune with your spirituality and that you live a balanced life.

If you felt surprised by your ability to levitate, the dream often reveals your unawareness of your potential and especially not using your full potential. This dream indicates that you are a person with many talents and abilities and that you are not using them in a proper way.

Sometimes dreams about levitation indicate the rise of our religious feelings. It can indicate the person’s ultimate realization that there is more than our physical reality.

In some cases, people who think very highly of themselves tend to dream about levitation because they consider themselves different and better than other people.

Dreams about levitation can sometimes reveal your unrealistic desires and ideas.

The dream could be a reminder from your subconscious to get back on the ground and become aware of your current abilities.

It’s fine to daydream and want more, but you need to live in the now and adjust to your current reality. Put yourself in the effort to create the foundations for the great goals that you have. You need to take it one step at a time.

The dream is a message to stop dreaming about your goals and start making them possible.

Sometimes dreams about levitation can reveal your lack of confidence and feeling of security. Maybe you don’t feel a connection to other people and you feel isolated.

These feelings can create a feeling of helplessness in you.

This dream could also indicate a new direction in life.

These dreams are often dreams of major life turning points, such as changing a career or starting a new career.

Dreaming of levitating high in the air – If you dreamed of levitating high above the ground, that dream could indicate your attempts to go beyond your limits and restrictions. You probably want to try something you’ve never done before.

Perhaps you feel deep down that your potential is not being used and you want to do your best to reach that full potential. Perhaps you want to completely change your life, even though it may seem impossible to everyone around you.

Sometimes this dream can be a reminder from our subconscious to start using our full potential and not settling for anything less.

Dream of levitating in space – Dreams about levitating in space are common dreams for people who have big ideas and ambitions for their future. This dream is often a sign of the person’s potential, and their ability to succeed, regardless of the circumstances.

It is often a sign of the person’s ability to overcome difficulties and achieve their goals.

This dream usually indicates success regardless of the problems one has to encounter and overcome.

This dream often indicates the person’s infinite potential and is a message from the person’s subconscious reminding them to become aware of it and start using that potential.

For example, if the water were calm and serene, the experiences will be of a calming and satisfying nature.

If it was powerful but not frightening, the experiences will be exciting and inspiring and will require some action on your side.

If the water looked scary and boisterous, get ready for some sudden unpleasant circumstances that could completely change your life.

Dreaming of making someone or something levitate – If you dreamed of making something or someone levitate that dream is often a sign of your helpful and caring nature. You always try to help others and support them in their efforts.

In some cases, this dream reveals your attempts to balance many things in life.

Sometimes it can be a sign of being indecisive about something.