What Does It Mean When You Dream About Monsters? 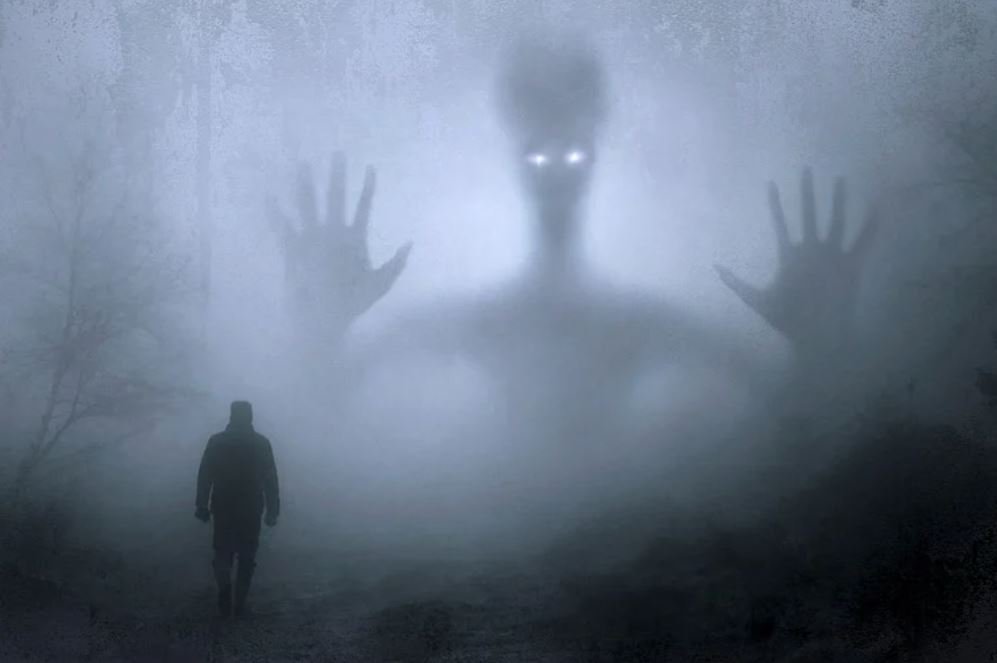 Dreams about monsters can seem really scary but the meanings behind these dreams are not always that bad. If monsters appear in your dreams, it is likely that you are a very worried, anxious person.

Since monsters, demons, and other fantastical beings are, well, fanciful and imaginary, that means you’re unnecessarily worried too much. It is possible that you have a reason to be concerned in reality, but it is very likely that you value it undeservedly.

We often worry about things we don’t actually experience; we worry in advance, missing the present moment. Many people are anxious about things they believe could happen, but there is actually no evidence that they will.

Such unrealistic and irrational fears can often reflect in our dreams in the form of something that is literally just a figment of our imagination. When fears cannot take a ‘legitimate’ form, they turn into our dream monsters.

Dreams about monsters could, of course, reflect real fears, of things and people that we are deeply and painfully aware of.

For example, if you feel under pressure from your colleagues or your boss at your place of work, it is very common to dream about monsters.

If you feel controlled and manipulated in your private life, it’s all the same. If you feel threatened because of any external factor in your life, it’s no wonder you dream of scary monsters that are hard to beat.

On the other hand, dreams about monsters are similar to dreams about demons, when they actually reflect our own deeply personal and intimate concerns. That means we fight our inner monsters.

If a person is dissatisfied with their own emotional response, behavior, a habit, a trait, but keeps repeating the same pattern, all of this could easily turn into a “personal” monster. In this case, a monster represents ourselves, not something from the outside world.

In general, dreams about monsters can be very inspiring and motivating, although unpleasant, sometimes frightening. We could learn a lot about ourselves through the interpretation of monstrous dreams.

There are several more common dream scenarios where monsters appear and we will introduce them.

Dreams about monsters are not among those common dreams, although almost everyone has had at least a couple of monster dreams.

Dreams about seeing a monster

As we’ve said before, monsters generally represent things we’re afraid of, regardless of the nature of those things.

It may be ourselves who are really afraid or annoyed. It could be something or someone else. It is vital to remember what the monster in your dream was doing.

Speaking of dreams about seeing a monster, we’ve looked at dreams in which you don’t interact with it; you just see it.

What did the monster look like? Was it scary or did it draw you in strangely? Was it a monster in more human or more animalistic form? What was he doing? Were you angry, sad, scared or happy? Calm or furious? Did he see him?

All these details could help you better understand the dream and find its meaning. When you remember such details, you are able to accurately remember the emotions related to this dream and it is of crucial importance to understand the true energy and vibration of your monster’s dream.

For example, if the monster was calm, doing something from a distance, not noticing you, it means that you are becoming aware of certain unexplored parts of your personality or about someone else.

That notion intrigues you and should inspire you to seek out more information.

If she has seen you and you don’t feel calm and safe, it means that you are becoming aware of a threat in your waking life, no matter where it comes from. The dream should help you to act in time and avoid disaster.

There are even dreams in which a dreamer could see him in the monster; his appearance has the characteristics of a dreamer.

Such dreams are rare and disturbing, but they are precious, even enlightening. Such dreams mean that you are about to discover who you really are, to experience some form of enlightenment, to start appreciating yourself as you are.

We all have our monster side and we should be able to deal with it as best we can.

Dreams about being chased by a monster

Dreams about running away from a monster mean that either you are really threatened in reality and you are desperately trying to run away from an unpleasant, stressful and pressing situation (or a person who wants you to feel that way) or that you are actually running away from your own consciousness.

The monster poses a threat either from outside or from your inner demons, parts of your personality that you are very dissatisfied with.

If you’ve said or done something you regret but haven’t admitted it yet, chances are you have a dream like this. If you manage to escape, it means that you will escape the desperate situation in reality, at least for a while.

You are really not willing to face problems, no matter what their source. Depending on how you feel about this dream, the meaning is either positive or not so positive.

If you still feel worried, it means you try to avoid responsibility for what you did; if you feel relieved, it means that you will have some time to recover and gather some strength to finally resolve a situation that upsets you.

Dreams about fighting a monster

If you dream of fighting a monster, it means that you are determined to solve certain things in your waking life. Maybe there’s someone you haven’t felt like facing for awhile, but now you’re determined to do it.

It is a good dream, because it means that you are a strong person, ready to face challenges and problems, no matter what the outcome.

This dream could also mean that you are willing to change some things about yourself.

It’s not an easy thing to do and it takes a lot of effort. The monster represents something about yourself that you realize is not good, but you are used to it. Changing it is difficult, but you are ready to enter the arena.

This dream is positive no matter the outcome, because it gives you some kind of encouragement.

Even if you don’t feel that way in reality, the dream means that you have this energy and courage deep within you.

Dreams about killing a monster

If you had a dream about killing a monster, it is similar to dreams about fighting it, only here the result is known.

The dream means that you will be able to overcome difficulties in your life with your own strength. It can be hard and exhausting, but eventually, you will be victorious.

The dream can also be a reflection of a difficult and expensive accomplishment; something that you came out as a winner but took a lot of time and energy to do.

Overall, this dream is fine, except if you feel wrong or really sad about it.

Sometimes this dream could mean that you made a mistake; you probably rejected someone based on a misunderstanding and completely wrong judgment.

You hurt someone by believing that the person has some bad intentions towards you, but in the end you were very wrong. Think about it and try to remember if you’ve had a similar experience lately.

Dreams about a friendly monster

Dreams about friendly monsters are some of the strangest and nicest dreams. Such a dream can mean different things, but all meanings are usually positive.

Firstly, it could mean that you are starting to accept yourself for who you are, even your ‘monstrous’ parts of character.

You are who you are and you must love yourself as you are. Once you stop fighting yourself and try to understand why you are acting this way and that, you will have more confidence to shape yourself the way you like.

This dream also suggests that you should not judge a book by its cover, give people a chance; don’t reject them based on what others say about them or so.

Maybe you don’t even realize how amazing people are around you, because they don’t fit your criteria of ‘own’.

Don’t be so judgmental, self-protective and restricted.

The dream can also mean something else; it could mean that someone you are an enemy with may actually become your friend.