What Does It Mean When You Dream About Vampires? 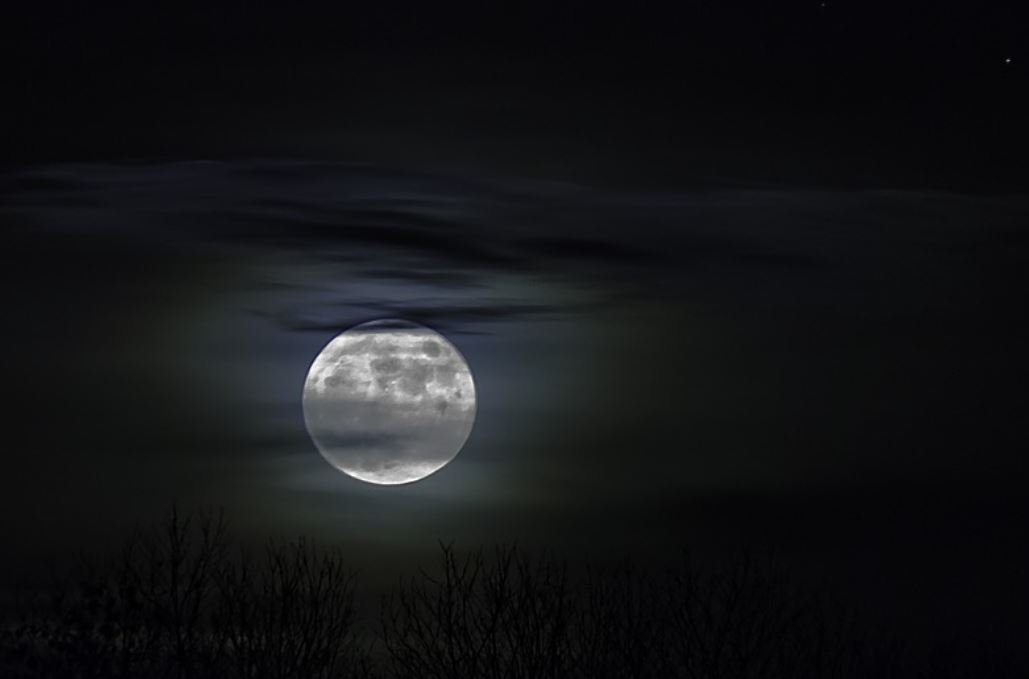 Dreams about vampires are not uncommon as vampires are by far some of the most popular supernatural beings across the world, mostly thanks to the popularization coming from 19th century vampire novels, namely Bram Stoker’s Dracula.

Dreams about vampires can be strange and disturbing and are full of symbolic meanings.

Well, the very idea of ​​such a being is loaded with symbolism. Before we jump into the mysterious world of vampire-related dreams, let us learn something about vampires themselves.

The idea of ​​vampires is much older than Bram Stoker’s novel and all the depictions that came after.

Popular beliefs about vampires are particularly common in the Balkans and Ukraine.

There are various local interpretations and representations of vampires in these areas, but they all agree that vampires feed on the energy of the living, regardless of whether they themselves are undead or living.

Some of the most common interpretations of how vampires come to “life” say that they are actually dead people made alive by evil spirits or the devil.

The idea of ​​such a mythological being is very old; some evidence even traces it back to prehistoric times.

However, the name vampire was not popular until the early 18th century, when popular Eastern European beliefs spread across the western world. Growing hysteria related to various interpretations of vampiric beliefs consumed Europe at the time.

Vampires from Eastern Europe and the Balkans appeared in numerous forms and representations.

They weren’t described as those vampires we see in movies and series. Sometimes they were described as almost completely human in form, but other times as bloated, disgusting living bodies with bloody eyes and no bones in the body.

However, the Western depiction of vampires relies primarily on “vampiric literature” of the early 19th century.

The first popular vampire novel was not Bram Stoker’s, but John Polidori’s Vampire. Lord Byron also wrote about vampires, for example. However, Stoker’s Dracula made vampires famous, in the form of the Romanian Count Vlad III.

The term ‘vampire’ itself is of Serbian origin, vampire, although there are several other variations that relate to the same mythological being.

Most of the world today imagines vampires as these romanticized undead creatures of Western depictions. Regardless of how people imagine them, dreams about vampires can have different meanings.

What does it mean to dream about vampires? The meaning of dreams related to vampires depends on the dream context and a dreamer’s personal impression.

Dreams about vampires can be interpreted in many ways. Most interpretations are related to certain fears and negative ideas, as vampires often represent negative entities, bloodthirsty demons, and so on.

They inspire fear and represent threat in the symbolic sense of waking life. However, not all dreams about vampires necessarily hide negative meanings and messages.

The most common interpretation says that vampires in dreams represent menace and danger; something bad is about to happen to a dreamer or those closest to him.

Dreams about vampires are usually experienced as threatening and negative. Some dream interpreters suggest that the dream could mean that someone would try to rob or deceive you in the recent future, so be careful.

Vampires are often described as seductive spirits that would easily trick an ordinary human in order to get what they want.

Vampire-related dreams often reflect inner fears and insecurities. A vampire represents negativities that have happened to you in the past or something that haunts you.

Maybe you’ve done something you’re not proud of, so it haunts you in the form of a blood-seeking being, like a vampire. Negative feeling drains your energy, just like a vampire would drain someone’s life.

Such a dream is not necessarily all that bad, although unpleasant. He suggests that you must face your ‘demons’ in waking life and deal with the situation that has been bothering you for so long, before it wears you out and drains all your energy out.

Dreams about vampires can sometimes be interpreted as very positive. Interestingly, they could suggest a romantic offer or a date or something similar.

These are just basic ideas related to vampire dreams. Older to understand the meaning behind your vampire related dream, you have to consider all the details.

What was the vampire like? Was it an ugly, demonic creature or a beautiful, charming Hollywood type of Hollywood? Was it hostile or friendly? Was it really someone you know in your waking life?

It is also to remember what the vampire did. Have you been bitten or injured by a vampire? Were you a vampire yourself? Have you ever turned someone else into a vampire? Did it make you feel afraid or not?

In the following paragraphs, we are going to talk about some specific vampire dream scenarios and help you better understand the message behind your dreams.

Dreams about seeing a vampire

If you dreamed of seeing a vampire, this should not be of much concern, according to some interpretations.

Maybe the dream scared you, but if you just happened to see a vampire, the message could be either a warning sign for something you could still avoid or a reflection of your inner insecurities.

A vampire could only be a strange incarnation of problems that really bother you.

There is something in your life that you should get rid of. It can be toxic to people and the environment, but these are more likely to be some things you try to suppress.

It could be an issue you haven’t dealt with. It spoils your joys and makes you nervous.

On the other hand, this dream can have a very different meaning. Dreams about seeing a vampire can be romantic and very positive.

This dream indicates an offer of love, a romantic relationship in the near future. You will be surprised by someone, seduced and in love. As a vampire is a mythical and supernatural being, the dream also suggests that this offer of love may find you unprepared, even confused.

Maybe someone takes your breath away and you won’t know how to react. Dreams of seeing a vampire also indicate lust and seduction, especially if the vampire is beautiful.

This can be a challenging dream. It means that there is someone in your environment (or soon there will be) who is very attractive to you, someone you want, knowing that the person is not right for you.

Maybe you’re in a relationship or even married, but someone comes along and makes you question your feelings. You should be very careful about this, the dream suggests.

Dreams about talking to a vampire

Some interpretations even go so far as to suggest that this dream means that you are going to die very soon.

Of course, this is indeed a drastic interpretation, but the dream indicates some form of danger, the proximity of death. You must be careful with your activities, observant and watchful.

Perhaps someone close to you is in danger of becoming seriously ill, or you are.

This dream could be your intuition telling you that something is wrong. However, it can be a warning sign just in time.

Dreams about being attacked by a vampire

If you dream about being attacked by a vampire, it means that you feel frustrated and insecure in your real life.

People who constantly annoy you and torment you around you. In this dream, a vampire does not bite you, but physically attacks you. This means that someone underestimates you and mistreats you.

Usually, this dream refers to an unhealthy work environment, a bad situation within family or friends.

The dream shows that you have had enough of others torturing you and that you want to end it, however, maybe you still don’t have the courage to say no or to give up your job, for example.

The dream indicates that you are deeply frustrated and that you should either stand up for your own causes and regain your integrity or that your integrity and self-confidence would return if you gave up and chose another path.

In both ways, you are under pressure and you should do something about it. If a vampire chases you in your dream and tries to hurt you, it means that you feel threatened by someone in your waking life and you know it. It’s just something you probably pretend to see.

Dreams about being bitten by a vampire

Dreams about a vampire biting you could mean several things.

If a vampire in your dream bites you in any part of the body, it indicates an illness and health problems in general. It could also indicate mental intoxication, to say so.

You can be seduced by some bad ideas and make some really bad choices. Someone is trying to manipulate you and take advantage of you.

If a vampire in your dream has bit you on the neck (as in the classic representation of bloodthirsty vampires), it could mean that you have someone in your life who is sucking your blood, figuratively speaking.

In other words, it’s a toxic person who irritates you and drains your energy.

It could actually be someone with bad intentions, a bad person, someone who wants to exploit you and use you for their own causes. Think about whether there is such a person in your environment.

On the other hand, it could represent someone who doesn’t wish you any harm, but actually harms you by trying to control you.

It could be a possessive partner, an overprotective parent or relative or anyone else who manipulates you out of good intentions.

Yes, it may seem paradoxical, but it may be true. You don’t know what to do and how to make it stop.

Dreams about becoming/being a vampire

If you dream of being a vampire or becoming one, it indicates that you feel empty and dead inside. You feel like there’s nothing that really makes you happy, but you find comfort in repetitive activities that you know aren’t good.

For example, you become dependent on something material or torment others because of your own inner emptiness.

You probably burden other people with your problems and drain their energy. On the other hand, this dream could reflect your repressed need to be in control of others.

Being a vampire makes you capable of turning others into vampires.

This dream suggests that you are also obsessive about something. It means that you would like to be in complete control of a person.

Dreams about someone you know who was a vampire

If you dream that someone you know is a vampire, you can suggest two things.

If it’s someone close to you, like your partner, a relative, or a friend, it can mean all the same as if you were a vampire. This person tries to control you out of their protective nature or out of jealousy.

You could try to assure them that there is no reason to do so. If that doesn’t work, try not to burden yourself with their problem with jealousy or something.

It could also be a person you know but who doesn’t like you.

The dream clearly means that this person would like to submit you and gain full control over all your activities and decisions.